I feel sad. Cindy comes out, explores, looks around timidly, perhaps plays for a minute or two, and I get so excited to see her exploring. Then, Wave or Iris walks into the room and Cindy freezes. Sometimes I see that look on Wave’s or Iris’s face where they are just locked on to Cindy and about to attack. Sometimes I can prevent it, sometimes not.

Iris is my big fluffy white cat with a gray tabby back, top head, and tail. One reason I kept her after her foster period is that she became immediate best friends with Wave. I would find them crammed in the dish of the cat tower sleeping cuddled together. No explanation, no reason, just instant besties. I hashtag them #besties on Instagram whenever I “catch” them sleeping together now–usually when they do it now I am at work so it’s fun to play a game where I get a surprise by finding them in what may be an allegedly compromising position! (Anyone who wants to follow my catstagram, it’s @ fourkittysmom.)

However, because Iris is Wave’s best friend, and Wave–long black and white male–runs after poor little gray Cindy and starts a fight, Iris started doing it. I noticed last week. I’m still flabbergasted–could they be any more like humans? Is this for real? Wave and Iris were both terrified of humans when I first got them, and I socialized them as I have been trying to with Cindy. I hope I do a better job with Cindy because Wave and Iris are acting like cowardly bullies.

Right now Broken Tail Rescue in Massachusetts, the group I used to always work with and that I got Cindy from, is very busy with summer fosters and I don’t think Cindy could get a better place. She likes to be with the other cats (to a certain extent–as in, she likes to be able to see them) and will meow if I give her her own room. So for now I let them all share rooms, keep an eye on them and scold/say no/stop chases at night, and Cindy enjoys the window seat and cat trees when the others sleep during the day. She sleeps as well, more peacefully during the day, although she may sleep fitfully while hiding at night.

I will tell Broken Tail Cindy may need to go somewhere else as soon as I finish posting this. It’s too sad. I wrote this post because night is coming on, Cindy was coming out, and Iris chased her. Although I stopped it and Iris never made it all the way to her target, the ruckus scared everyone and now Cindy is hiding under the bureau. Jackson Galaxy would say she is “caving” rather than “dwelling” and being her catself. I actually miss her presence. I am sad. 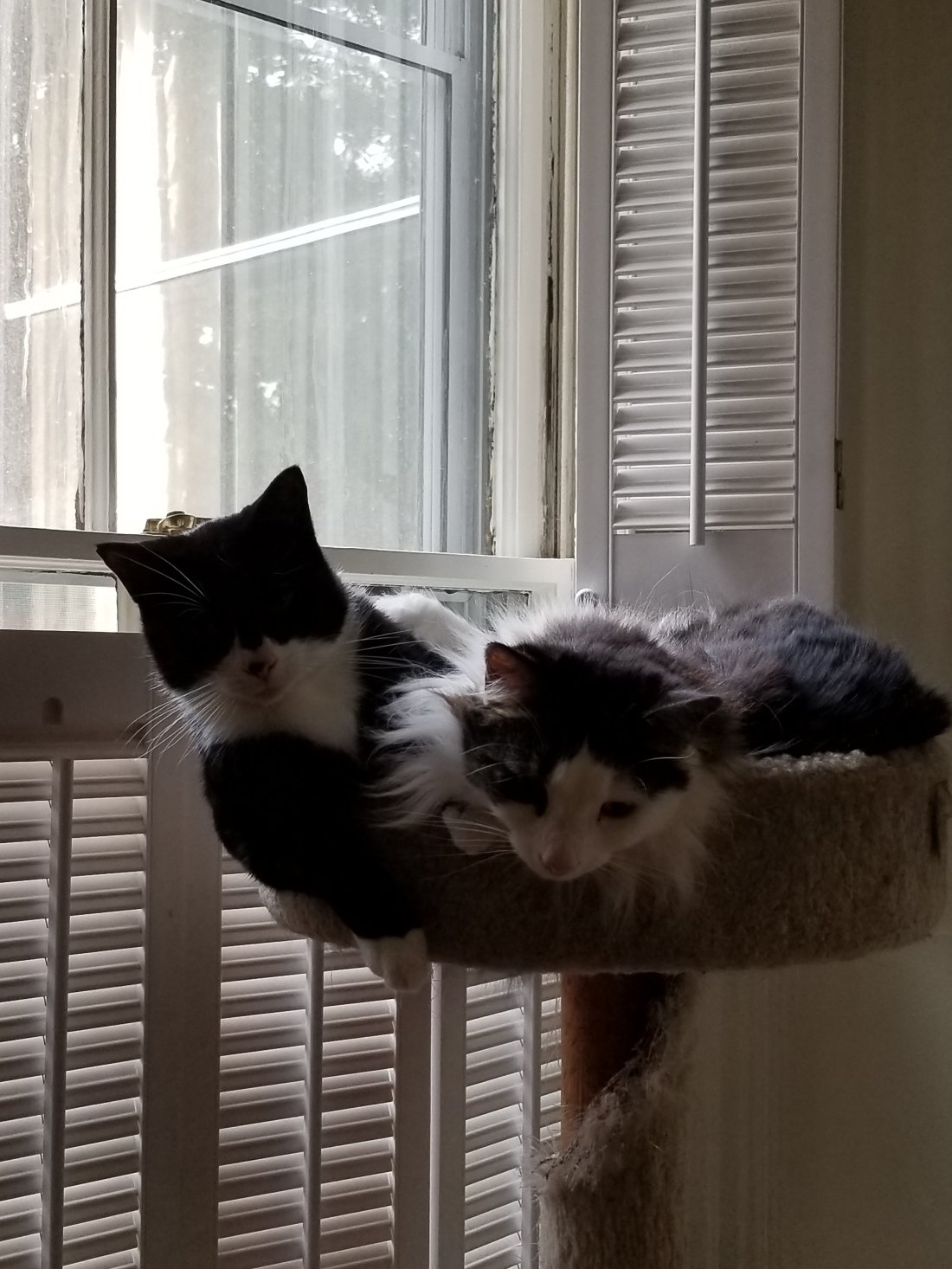 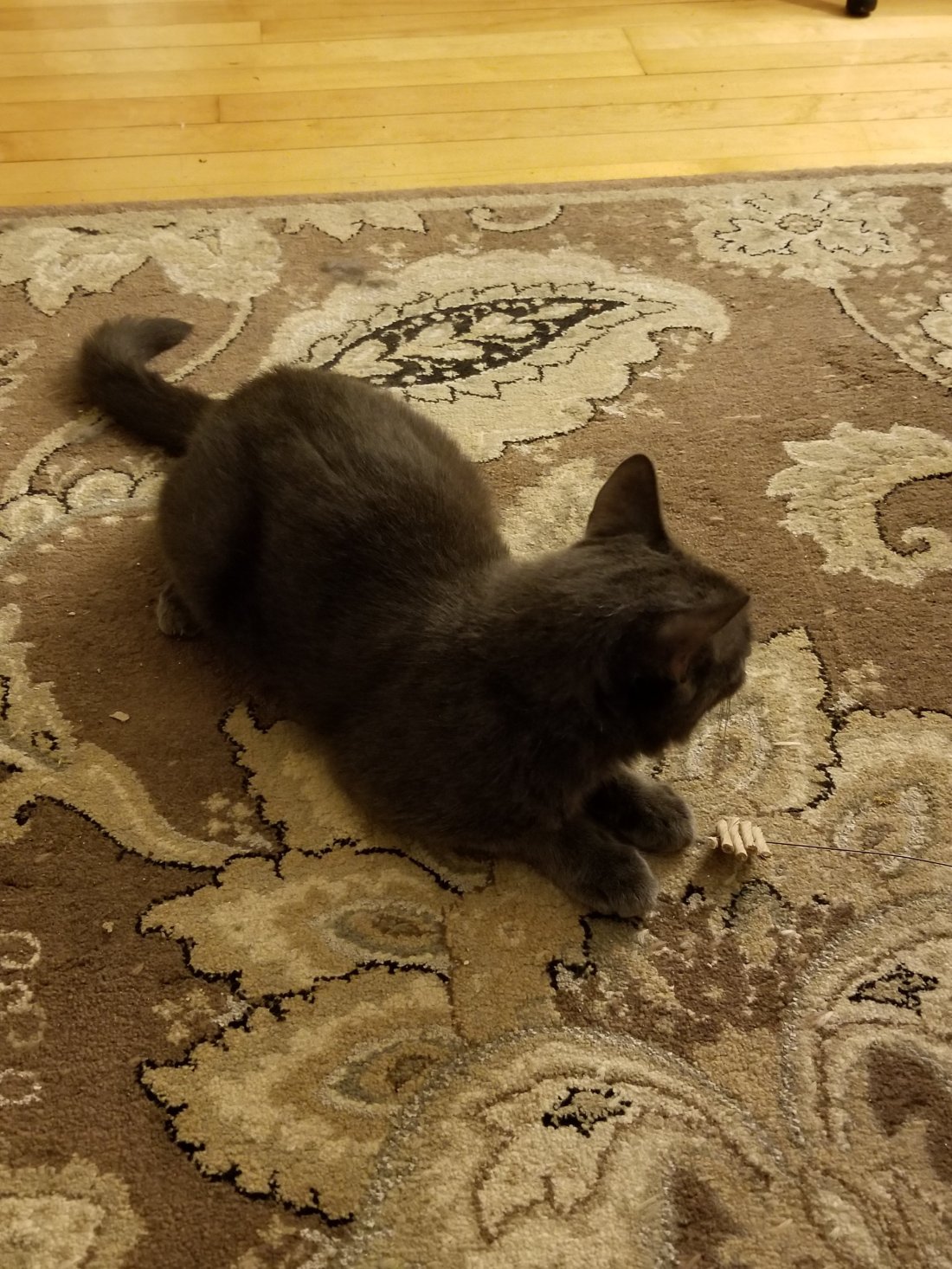